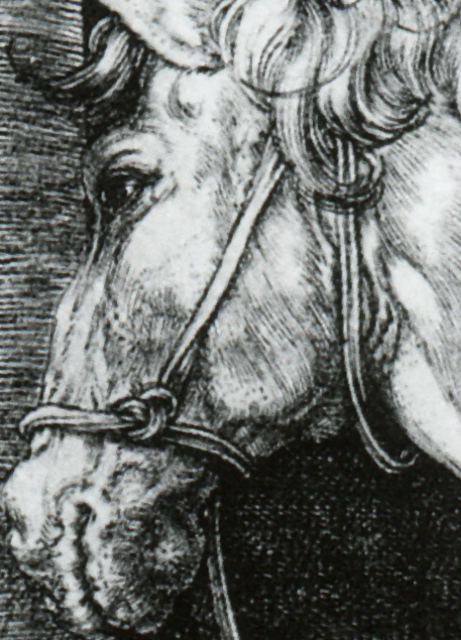 Rope or leather halter, tied at the nose. The lead rope appears to be dangling at the other side of the horse's nose. 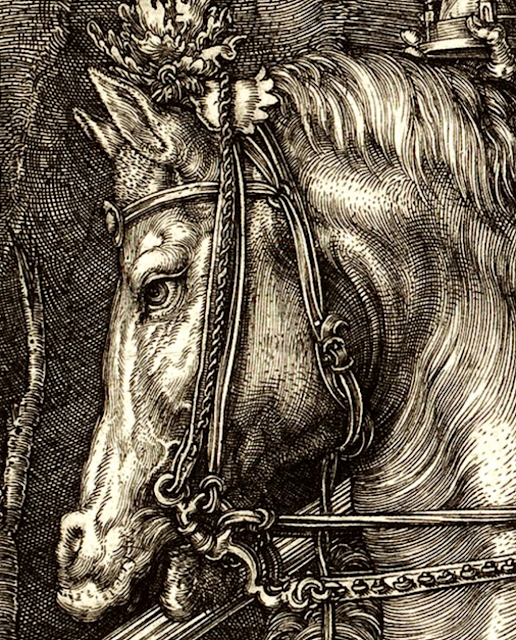 It's a bit challenging to tell what's going on here, but it appears that the bridle itself is simply two headstalls (one attached to the top ring, which appears to be made of cording over a woven material, and one attached to the snaffle ring which may be made of leather). The rest of the straps around the horse's head (ie. broadband, crown piece, and throat latch, attached together by a ring) appear to be a halter-type device, where the end of the lead is looped around the horse's throat and tucked back into under his throat latch, then left to hang loose.
Hardware needed: 2 rings, decorative boss for browband, buckle for throatlatch. This bridle appears to be made of cording and chain rather than leather 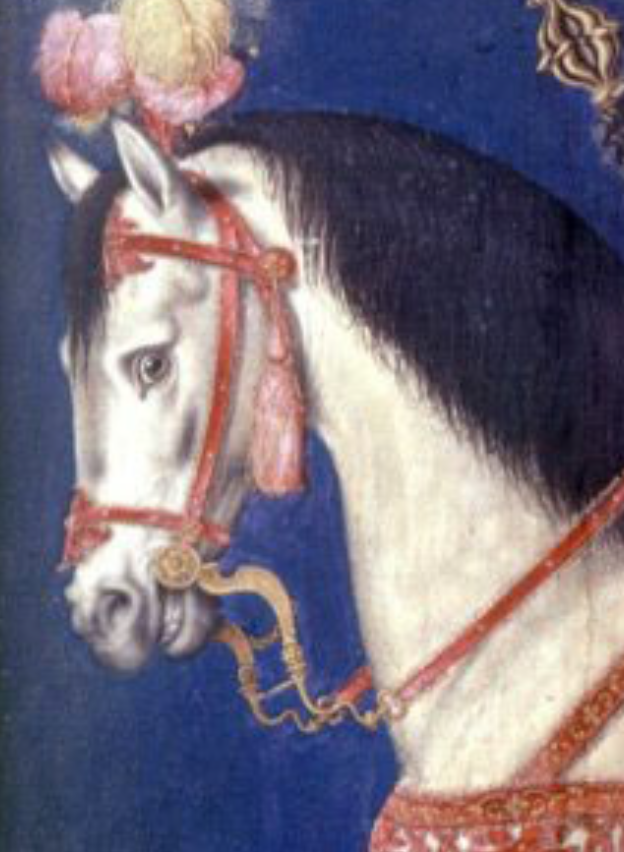 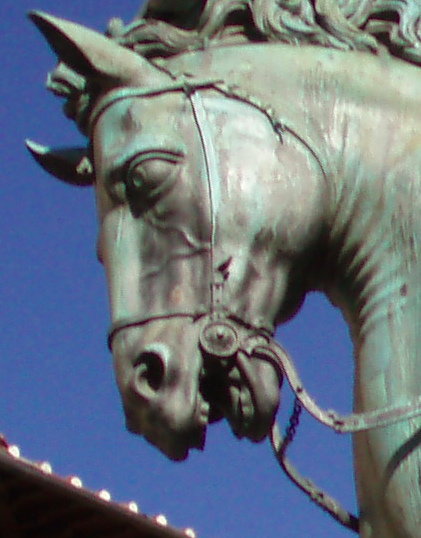